The Intersection of Cannabis Legalization and the Fight for LGBTQ+ Rights 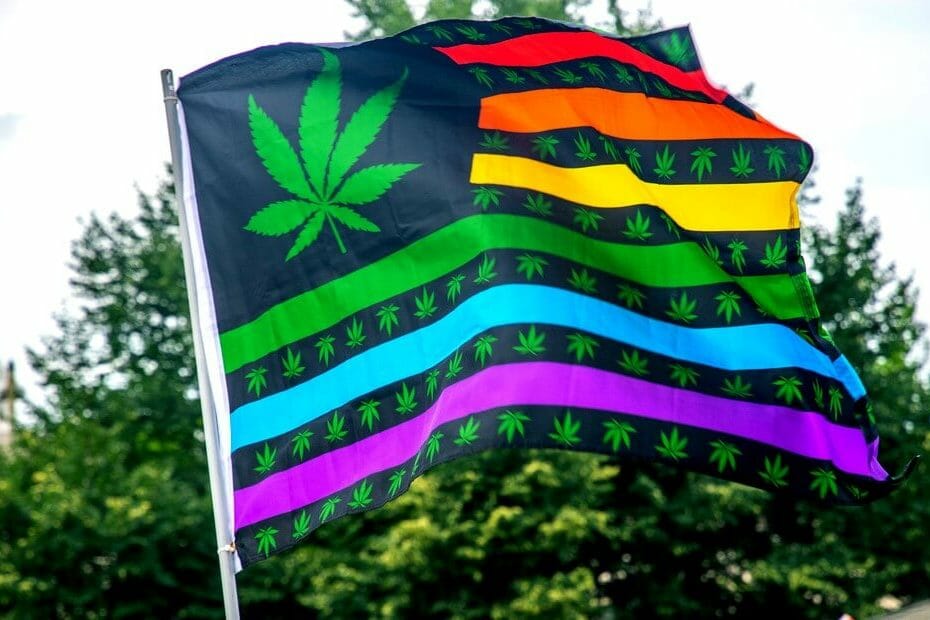 The Inextricable Connection Between Cannabis Legalization and LGBTQ+ Rights

The fight for social justice throughout our history has often created inextricable connections between many groups of people, and many different social issues. The fight for cannabis legalization and for LGBTQ+ rights is no different. In fact, without the LGBTQ+ community, the progress towards legalization we have made, would never have happened. It’s a history that most people are not familiar with.

Unfortunately, when it comes to history and story telling, influential players who are not white, straight, cisgender, men, tend to be left out. In the story of cannabis legalization, we simply cannot let that happen. There are many layers to the intersection between LGBTQ+ communities and their fight for rights and the fight for cannabis legalization. Where does it all begin?

During the HIV/AIDS crisis in the 1980s, the LGBTQ+ community was not only fighting for their rights and their safety, but many of them were literally fighting for their lives. Many of whom began to seek out cannabis as treatment for pain and other symptoms caused by HIV/AIDS. The AIDS epidemic was already disproportionately harming BIPOC communities. The war on drugs was in full swing and police brutality was on the rise. A call for cannabis legalization would mean hope for BIPOC communities being devastated from all angles.  The need for medical help and treatment for those suffering from HIV/AIDS was great. However, the fact that these issues were primarily affecting minority groups created an obstacle. Cannabis advocates began the work to ensure distribution of cannabis to AIDS patients. One of the stories of how this began, start with Mary Jane Rathbun, also known as “Brownie Mary” and Dennis Peron.

Dennis Peron and Mary Jane Rathbun are two of the major players in the fight for legalization. “Brownie Mary” began as a hospital volunteer who famously passed out cannabis brownies to HIV/AIDS patients. Most of her “customers” were gay men.  Where does Dennis Peron come in? Peron and Rathbun met and shared a joint together many years earlier in San Francisco. He was a supporter of Harvey Milk, it has been said that volunteering for his campaign is where Peron gained his understanding of politics. Peron sold cannabis in various storefronts in the Castro District. This was where he began to see how it benefited patients suffering with AIDS. It was after his partner Jonathan West died of AIDS in 1991 that he began his dedication to the legalization of Cannabis.

Mary Jane Rathbun and Dennis Person and a number of others worked on Proposition P and later Proposition 215 that began the legalization of medical marijuana in the United States. Dennis Peron was on the team that authored Proposition 215 otherwise known as the Compassionate Use Act, which passed in 1996. This made California the very first state to permit the legal use of marijuana for medical purposes. The passage of this proposition in California began the journey to medical legalization and now recreational that is spreading across the country. Which today, is even being proposed on a federal level. Without the contributions of LGBTQ+ community members like Dennis Peron there is no doubt that we would not yet be where we are today.

As companies grow and the industry is legitimized there are new problems being faced. One of the primary issues being that the financial benefits of this new legal industry are not reaching the very people who made a legal industry possible in the first place. All this, and we haven’t even begun to discuss the lack of equity in BIPOC individuals and communities. BIPOC communities bear the heaviest consequences of marijuana prohibition and the war on drugs. This lack of social equity is a glaring moral flaw of the new legal cannabis market.

Candance Gingrich and LGBTQ+ in Cannabis

There are however, individuals prepared to get involved and create change. Candance Gingrich is a life-long LGBTQ+ advocate who recently joined medicinal cannabis producer Revolution Enterprises as their President of Business Relations, is one of them. They state that it was Revolution’s commitment to social equity in the cannabis space that inspired them to get on board. The company is unique in its choice to center around creating equity for LGBTQ+ individuals in this market. Candace has dedicated their life to the fight for equality for the LGBTQ+ community, including healthcare. Part of their mission with Revolution Enterprises will be to make medical marijuana treatments accessible to members of the LGBTQ+ community. According to Candace, ignorance still exists in the healthcare space, as a result queer patients who wants to explore cannabis treatments are often met with resistance. Considering how medical cannabis got its start, this fact is a societal reality that cannot simply be accepted.

How to contribute to Social Equity in Cannabis

Where do we begin the work to balance these inequities? It starts with a conversation. Creating awareness of these intersections, and the inequities that remain a source of injustice is vital. However, you can do more. There are social equity funds that you can donate to, that work to ensure minorities have the resources they need to create and sustain profitable cannabis businesses. Additionally, you can always use your buying power as a consumer to put your money into cannabis brands and companies that care about social equity. Don’t forget that you can often vote on initiatives for legalization that prioritize social equity.

Cannabis business owners, users, and advocates today have the LGBTQ+ community to thank for creating the initial changes in the Cannabis conversation. During Pride month, and truly all of the time, the cannabis industry should honor and hold gratitude for Dennis Peron and the LGBTQ+ community for changing the understanding of what is possible for drug policy in the United States.

No comments to show.
© 2023 All Rights Reserved